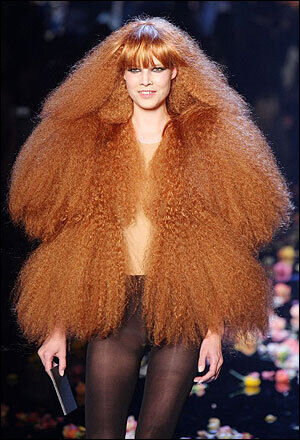 "The models, with their hair teased into massive Afro-like curls, under sequined berets, skipped and danced along the catwalk, smiling and blowing kisses to the audience," the Telegraph.co.uk reported.