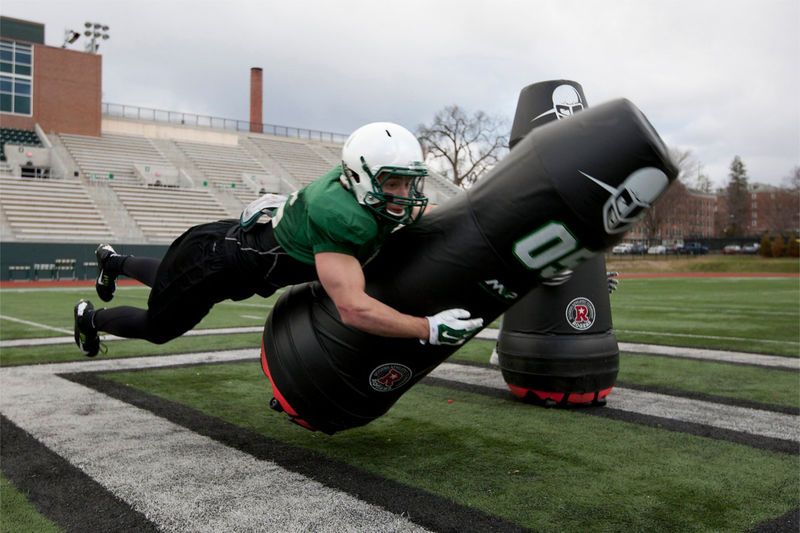 Joey Haar — November 28, 2016 — Tech
References: mobilevirtualplayer & digitaltrends
Share on Facebook Share on Twitter Share on LinkedIn Share on Pinterest
As a sport, football has received criticism in recent years for the head injuries that impact players on a frequent basis, and Mobile Virtual Players are a way for teams to run practices while reducing that risk. The Mobile Virtual Players (or MVPs) are smart tackling dummies that make it easier for teams to run practice without having to make contact with one another.

Tackling dummies are a mainstay of football practice, but they come with limitations. Due to their immobility, they can't effectively be used for live scrimmages. The MVPs are motorized and self-righting, making them the perfect gear to reduce full contact during practice.

The practice robots have been used by the Pittsburgh Steelers, Baltimore Ravens, and Dallas Cowboys of the NFL, as well as by several college and high school teams.
2.5
Score
Popularity
Activity
Freshness
Get Better and Faster