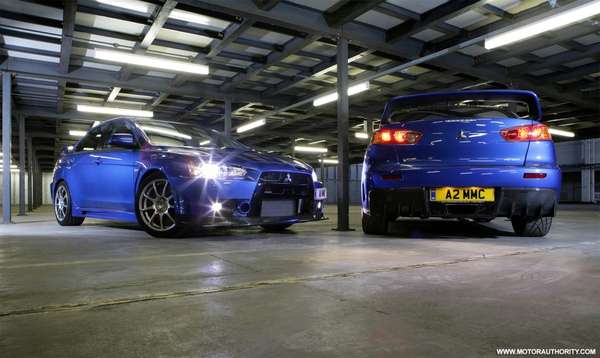 Andrew Robichaud — May 27, 2009 — Autos
References: lancerevolution & motorauthority
As much as the rest of the motor world has never (and doesn’t want to) classify the Mitsubishi Lancer Evolution as a supercar, say hello to the Evolution X FQ-400.

The mini-supercar (if you will) will start at an astoundingly cheap $80,000 (don’t worry this is going somewhere), which is between five and ten times cheaper than the supercars out today.

Where is the valid argument that the Evolution X belongs on the same road as a ‘Vette or a Gallardo? While maxing out at just 155mph, the Evo X starts off with a bang, going 0-62mph (100km/h) in a mind boggling 3.8 seconds.

With 403 horsepower, the Mitsubishi Lancer Evolution X FQ-400 may just be able to hang with the big boys, but as far as its current competition bracket, it stands high above the rest.
2.8
Score
Popularity
Activity
Freshness