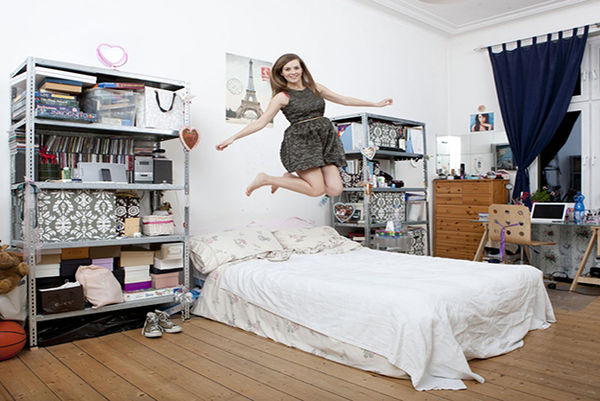 The Mirrors and Windows Series Captures Women from Around the World

Meghan Young — January 15, 2014 — Fashion
References: gabrielegalimberti & psfk
Share on Facebook Share on Twitter Share on LinkedIn Share on Pinterest
The Mirrors and Windows photo series captures women from around the world. Although sharing the same gender, the series shows that they can differ greatly in lifestyle. This is shown by capturing them in their own individual sanctuaries: their bedrooms. From Tokyo to Texas and back again, the Mirrors and Windows photo series is eye-opening in a unique way.

A collaborative project between photographers Gabriele Galimberti and Edoardo Delille, the Mirrors and Windows photo series focuses on women between the ages of 18 and 30. Psfk writes, "Proving that there is a world outside the IKEA aesthetics, this simple setting provides insight into their socioeconomic statues, religious backgrounds and family lives." Whether barren due to aesthetics or lack or money or brimming with designer clothes, the images are very intimate.
6.9
Score
Popularity
Activity
Freshness
View Innovation Webinars