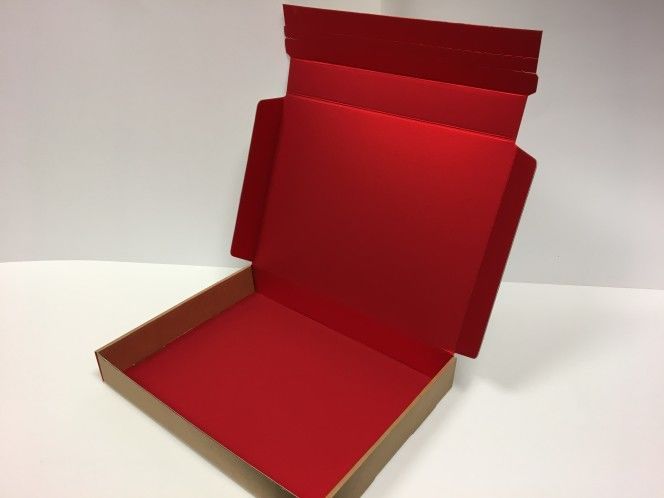 The Mirri Wow Pack Has a Shiny Interior

Joey Haar — April 12, 2017 — Business
References: celloglas & packagingeurope
Share on Facebook Share on Twitter Share on LinkedIn Share on Pinterest
The Mirri Wow Pack from Celloglas is a distinctly modern idea. In the early days of e-commerce, consumers didn't expect very much from their shipments — as long as the parcel itself made it to its destination with no damage, most consumers were happy. Now that Amazon and others have increased the ubiquity of e-commerce, consumers have come to expect more from their deliveries, right down to the act of unboxing.

That's where the Mirri Wow Pack comes in. Noticing the popularity of YouTube unboxing videos, with over 40 million on the site, Celloglas decided to create a package that could appeal to that popular interest. The Mirri Wow Pack looks like any other brown box on the outside, but it's interior is covered in a shiny, reflective coating that would make any product pop.

The Mirri Wow Pack's interior colors can be changed to virtually any hue to suit the product's and brand's requirements.
3.6
Score
Popularity
Activity
Freshness
Get the 2021 Trend Report FREE