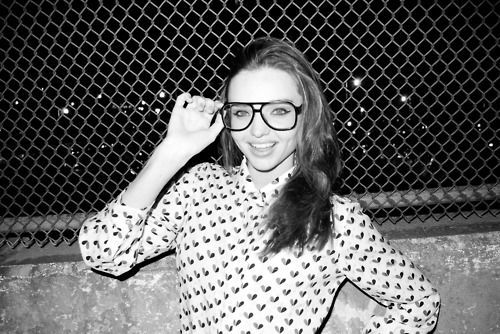 The Miranda Kerr by Terry Richardson Shoot is Geek-Chic

The model sports a leather pants and dress-shirt combo and wears minimal makeup in this impromptu pictorial. In addition to Terry’s specs, Miranda wears a curly haired wig that is 50s inspired.

The spontaneous shoot is simple and stunning, being somewhat of a departure for the ultra-glam Victoria’s Secret model. Instead of mile-high stilettos, Miranda rocks flats and is casually chic.

The Australian supermodel, often seen in barely there ensembles displays a more down-to-earth side that is natural and effortlessly cool, shines a whole new light. The geeky shoot is both charming and stunning, showing off Terry’s signature style and Miranda’s humorous and sweet persona.