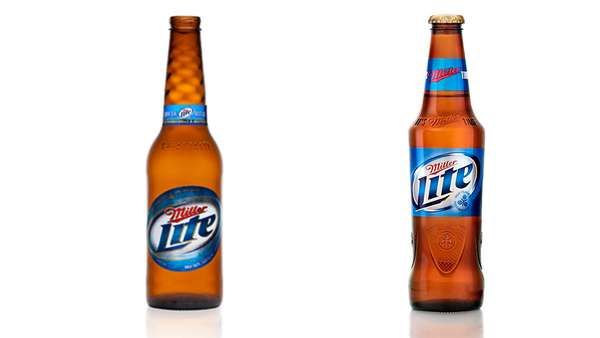 Miller Lite Gets a Design Makeover for Summer 2013

M — May 8, 2013 — Lifestyle
References: millerlite & gizmodo
Share on Facebook Share on Twitter Share on LinkedIn Share on Pinterest
While so many companies tweak their brand packaging so it’s fresh for new seasons, ‘MillerCoors’—usually known as Miller Brewing Company—was no different when it teamed up with ‘4sight’ design firm to repackage its Miller Lite brew bottle for Summer 2013. Launching in conjunction with Owen Wilson and Vince Vaughn’s latest comedy ‘Internship,' Miller Lite is set to be this summer’s hottest light beer.

Their first change in over four decades, Miller opted for something noticeable and big. First off, Miller scrapped the long neck bottle design and opted for something shorter, giving more modern emphasis to the bottle’s structure and the Miller Lite logo. Secondly, Miller added a grip texture on to the entire bottle for a more functional design and, let’s be honest, to advert spills on the bar floor. Though both changes are striking and definitely noticeable, many say a better bottle guarantees a better taste and let’s hope it’s true in this case!