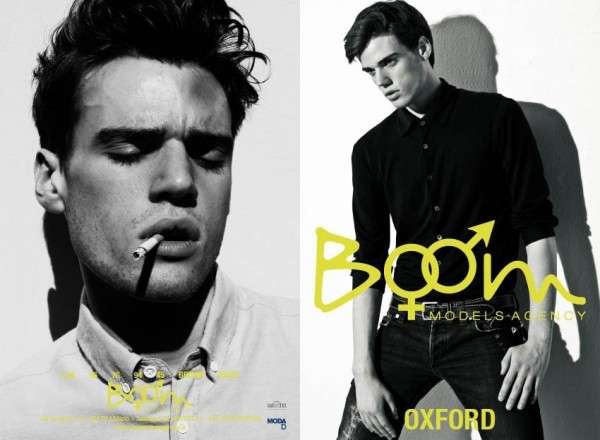 Based in Milan, the agency is leading the Milan fashion week with major up and coming male models. The lookbook outlines all the agency’s favored It Boys. One particularly striking model is Dudley O’Shaugnessy, who was recently featured in Rihanna’s music video ‘We Found Love.’ Another is Richard Kranzin, who, with recently rendered platinum locks, strikes a sensitive chord. The innocent baby-doll hair in juxtaposition with the model’s sharp bone structure is memorable, to say the least.

Besides being the perfect tool for model-ogling, the Boom lookbook is artistically rendered. The photographs of the models carry depth and embody the personality of each. The agency’s fun logo is splattered across the pages, reminiscent of graffiti tags.

The Boom Agency’s lookbook is the perfect tool for browsing the up and coming stars of the Milan Fashion Week models 2012.
6.2
Score
Popularity
Activity
Freshness
Jeremy Gutsche Keynote Speaker