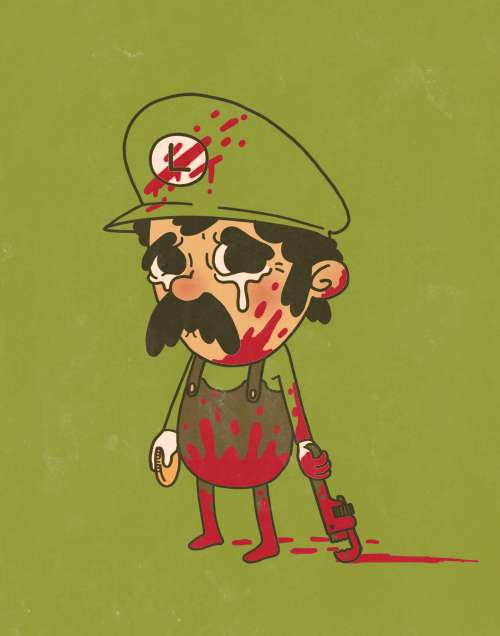 Mike Mitchell Shows the Vulnerable Side of Nintendo Heros

Matt Ho — August 16, 2011 — Pop Culture
References: sirmitchell.tumblr & blog.thaeger
So it turns out that even though gaming heroes slaughter their way through their enemies, they still feel remorse over their kills as Mike Mitchell shows us in his quirky illustrations.

A talented artist, Mike Mitchell has illustrated a series of pictures depicting some of Nintendo's most iconic characters in a way most have never seen them before. These figures are depicted as sad, teary-eyed and depressed. Clearly Luigi's upset about being second to Mario and Zelda is feeling some sort of remorse for slaying the things that stood in his way. Either way, these guys look like they could use a hug, a holiday or some sort of intervention to help them get over whatever it is they're sad about. Hopefully Mitchell will consider illustrating some villains in this manner as well!
6.1
Score
Popularity
Activity
Freshness