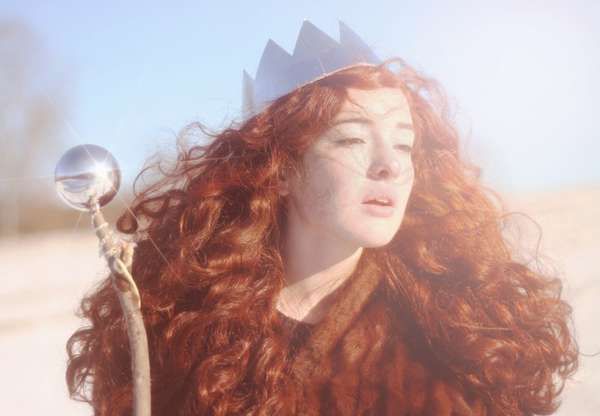 Meghan Young — September 19, 2012 — Fashion
References: mikebaileygates & mymodernmet
Share on Facebook Share on Twitter Share on LinkedIn Share on Pinterest
It is as though Mike Bailey-Gates has stepped through the backdoor of an antique wardrobe, entering his own version of Narnia. A dream world rife with adventurous possibilities, he captures whimsical images that will spark the imagination and encourage creativity. At its most basic level, however, Mike Bailey-Gates' photography is simply a delight to look at.

Based in New York City, Mike Bailey-Gates cinematic style of photography is influenced by folklore and other storytelling media. Utterly emotive, this 17-year-old's vision often revolves around youthful wanderers as they leave behind everything safe and known for something daring and beautiful. From corn fields to forests, Mike Bailey-Gates' locations constantly change. Nevertheless, his soft signature style is always present, creating a feeling of serenity that can only be captured in the great outdoors.
5.9
Score
Popularity
Activity
Freshness
Get the 2021 Trend Report FREE