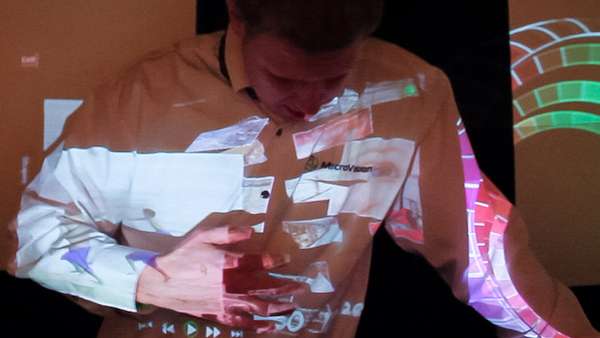 Katherinev123 — January 18, 2012 — Tech
References: microvision & technewsdaily
Share on Facebook Share on Twitter Share on LinkedIn Share on Pinterest
Microvision has created a pico projector that also delivers touchscreen capability, and while a number of touchscreen devices and projectors have been designed over the past several years, the difference between Microvision's PicoP projector and others is that the PicoP projector creates images in a completely new way.

The Microvision PicoP projector uses light scanning technology and applies three lasers -- red, green and blue -- that scan the screen rapidly one pixel at a time, rather than scanning it all at once, which is something an LCD or Plasma screen does. Timing is everything during this process, and according to TechNewsDaily, "If something strays in front of the lasers and blocks the beam, the electronics driving the projector know exactly where and when that happened, and they can register that info as an input on the screen."

Currently, the company is trying to get the Microvision PicoP projector into consumer tech products such as cellphones and cameras.
4.6
Score
Popularity
Activity
Freshness
Get the 2021 Trend Report FREE