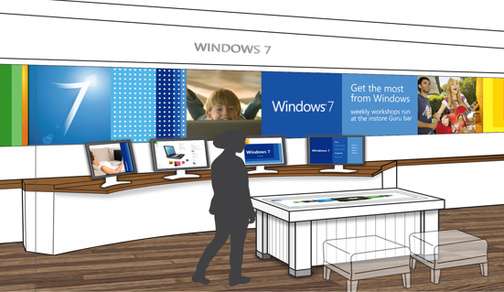 Later on, some more ‘leaked’ news came, this time in the form of a PowerPoint presentation allegedly from retail design and strategy firm Lippicott.

While there has been no confirmation that the above PowerPoint slides sent to Gizmodo are real, it’s assumed they are, and if so, these Microsoft retail stores, at least in design, could make Apple stores look outright boring.

The most compelling leaked design for Microsoft's retail stores would be the giant video wall which would go around the entire store--you can see parts of this wall in some of the photos above.

Very cool. But Microsoft says that while the store plans are genuine, it’s still in the early stages as far as design goes.
3.1
Score
Popularity
Activity
Freshness
Access Advisory Services

Recession-Fueled Entrepreneurs
Former Microsoft Employees Head Out On Their Own