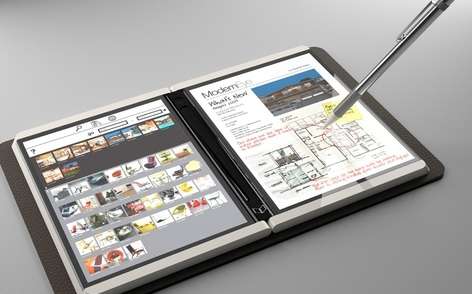 The Microsoft Courier is Unveiled with No Word from Apple

The Microsoft Courier is still in the late stages of development, but it’s not really called a tablet; rather, it’s a ‘booklet’. It also presents a very different user experience than what people expect of the fabled Apple tablet. The Microsoft Courier features dual 7-inch screens which are multi-touch, meaning you can write, flick, and draw with both a stylus and your fingers. The best part though is that the hinge between the screens doubles as a nifty ‘computer pocket’—if you will—that allows the user to hold items they want to transfer from one screen to the other.
4.3
Score
Popularity
Activity
Freshness
Get Trend Hunter Dashboard