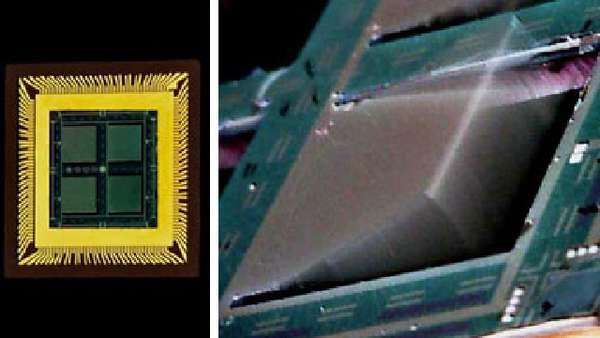 Developed by MicroGen Systems, These Batteries are Powered by Vibrations

It seems the hippies had it right the whole time -- all we needed were good vibrations! Harnessing the latent power of shaking and oscillating mechanics, these batteries are more or less carbon neutral. Less than 1 square centimeter, MicroGen System's tiny batteries work by switching on a circuit board whenever the device is disturbed or moved, allowing it to store the kinetic energy. The power cell can only produce about 200 microwatts -- powerful, considering its minuscule size.

Most batteries have to be assembled by hand, whereas MicroGen's can be widely produced on the cheap due to their compatibility with existing chipset technology. Groovy!
1
Score
Popularity
Activity
Freshness
Access Advisory Services