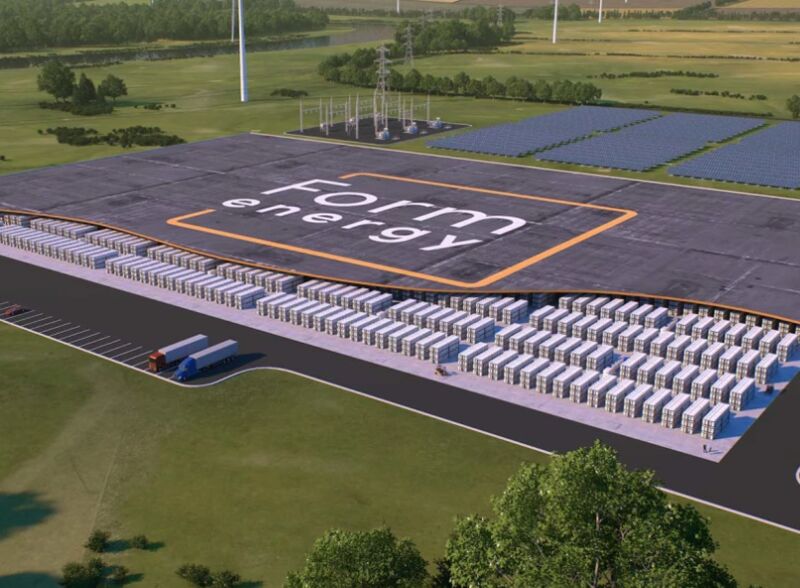 Rahul Kalvapalle — July 28, 2021 — Eco
References: formenergy & newatlas
Share on Facebook Share on Twitter Share on LinkedIn Share on Pinterest
Form Energy, a Boston-based company that specializes in renewable energy storage systems and technologies, has lifted the curtain on a truly revolutionary iron-air battery system that is designed to be able to store ample amounts of energy at a fraction of the cost of existing systems.

What's great about Form Energy's iron-air battery is that it uses widely available materials, which explains why the company claims that it can be used for a cost that works out less than 1/10th that of a conventional lithium-ion battery farm.

The batteries work by blending oxygen with metallic iron to release energy that is combined with rust before being converted back into metallic iron and dispersing its oxygen. This process makes it possible for the iron-air battery solution to be used in conjunction with lithium batteries, whilst also allowing for recycling of source materials.

While the world is increasingly moving toward renewable energy, the fact of the matter is that there is currently a dearth of systems that are capable of storing and distributing renewable energy at a low cost in an efficient manner. By addressing this massive gap in the market, Form Energy's iron-air batteries could represent a significant leap forward.