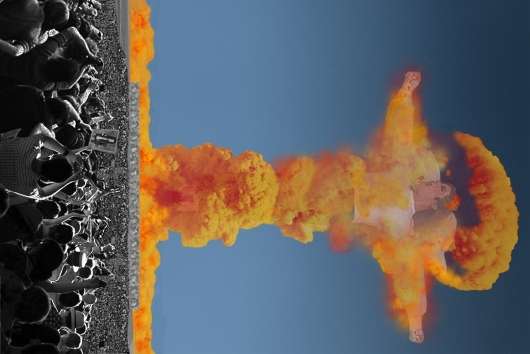 'Live Forever: The Michael Jackson Monument Competition' Says It All

Meghan Young — September 13, 2009 — Art & Design
References: bustler.net & bustler.net
Share on Facebook Share on Twitter Share on LinkedIn Share on Pinterest
The greats always have something erected to immortalize their…greatness…and as the King of Pop, it’s not at all surprising that a Michael Jackson monument should test the boundaries of commemoration. Live Forever: The Michael Jackson Monument Design Competition, just announced its winners, and boy, were they ever, um, imaginative.

Granted, there were no limits to this competition, as “the proposed monuments could be located anywhere and be any scale that the designers deemed appropriate.” And so over 200 Michael Jackson monument designs were submitted. Take a look at the top ten, including the BADDEST (1st Prize), BADDER (2nd Prize), and BAD (3rd Prize), in the gallery above.
2.5
Score
Popularity
Activity
Freshness
View Innovation Webinars