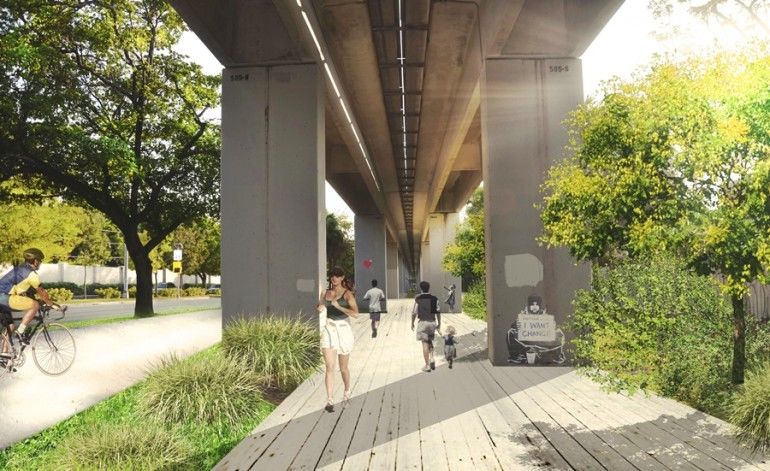 Miami's Metrorail Could Include a Park and Urban Trail

Rahul Kalvapalle — March 20, 2015 — Art & Design
References: theunderline.org & gizmag
Share on Facebook Share on Twitter Share on LinkedIn Share on Pinterest
James Corner Field Operations, the company behind New York's High Line project, is set to pursue a similar project around Miami's Metrorail. The firm has been selected to revitalize a 16 km stretch of land below the city's Metrorail into a linear park and urban trail.

The space will run along the M-Path corridor of the Metrorail from Brickell Station through Coral Gables and South Miami, before finishing at Dadeland South Station in Pinecrest. The project has the backing of all the jurisdictions covered by those areas.

The concept designs suggest that the Metrorail Underline will include an art gallery, sculpture garden, elevated park, soccer field, bike paths and various other landscapes.

As cities grow in size and population, it has become increasingly important to find creative ways to introduce green spaces and recreational areas and encourage outdoor activity. Transforming a nondescript stretch of land beneath a railway line sounds like a fine way to do just that.
3.6
Score
Popularity
Activity
Freshness
Get Better and Faster