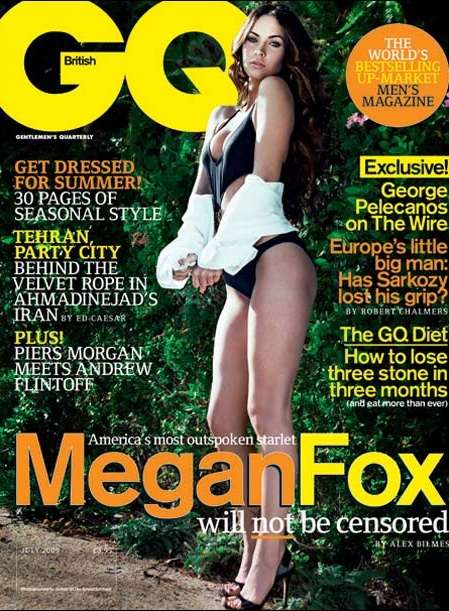 However, what might garner even more attention than Megan Fox’s sultry GQ photos are her words comparing actors to prostitutes.

“When you think about it, we actors are kind of prostitutes,” Fox tells the July issue of British GQ. “We get paid to feign attraction and love. Other people are paying to watch us kissing someone, touching someone, doing things people in a normal monogamous relationship would never do with anyone who’s not their partner. It’s really kind of gross.”

Whether you agree with her analogy or not, we all know that Megan Fox never has a problem telling people how she really feels—especially when it comes to sex. Over the past several weeks, Fox has referred to herself as “oozing sex” and informed the world of her bisexuality; but that shouldn’t be surprising. After all, it’s not unusual for celebrities to speak attention-drawing words when they have a new movie coming out.