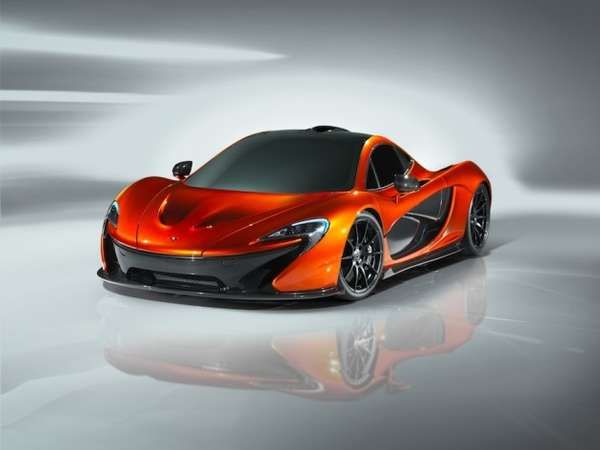 Trenton Millar — September 20, 2012 — Autos
References: mclaren & highsnobiety
Share on Facebook Share on Twitter Share on LinkedIn Share on Pinterest
At its first ever international motor show appearance, McLaren will preview its McLaren P1 sports car. This super car has a modest goal, according to its site: "to be the best driver's car in the world on road and track." To do that, McLaren draws inspiration from its racing division. That means that this car goes fast!

In true sports supercar style, the McLaren P1 is painted a mandarin orange color. These cars are for people who really like to fly down the highway or racetrack (which would be much safer). The beautiful thing about this car is that it looks as good as it drives -- and it drives great.

Though not much information on the technical aspects of the car has been released as yet, comparisons are drawn to its predecessor, the MP4-12C coupe. The McLaren P1 is meant to be an upgrade on the classic coupe, which has a 5.0-liter V-8 engine producing 443 lb-ft of torque. Other comparisons have been made to the Spider, which is at this point an iconic convertible and the holy grail for all gearheads.

McLaren will be revealing and selling a production version sometime next year.
3.9
Score
Popularity
Activity
Freshness
Get the 2021 Trend Report FREE