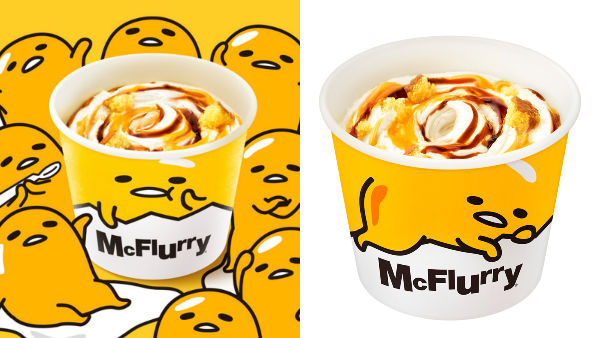 McDonald's Added to Its McFlurry Flavors with a Fun Variety & Design

Kalina Nedelcheva — June 4, 2018 — Lifestyle
References: digitalpr.jp & designtaxi
Fast food chain McDonald's has launched a lot of McFlurry flavors over the years and each one has been accompanied by some type of campaign strategy or component that is designed to capture consumers' attention.

The upcoming launch of the limited-edition 'Gudetama McFlurry' is stirring conversation due to its mysterious recipe and impeccable packaging design. Scheduled to be available from June 8th until early July in McDonald's locations in Japan, the treat is identified by its lazy egg-inspired cup, which is done in collaboration with animation company Sanrio. In addition, unlike traditional launches of McFlurry flavors, the fast food chain is being rather secretive about the ingredients of this one. So far, it has been revealed that the ice cream treat is mixed with sponge cake and "two mysterious sauces."
6.5
Score
Popularity
Activity
Freshness