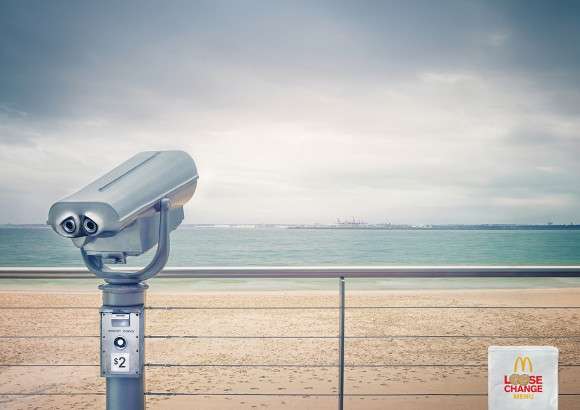 Meghan Young — May 24, 2013 — Marketing
References: ddb & whitezine
Share on Facebook Share on Twitter Share on LinkedIn Share on Pinterest
Fast food restaurants might already be extremely affordable to the average person, but the McDonalds Loose Change Menu takes it to the next level. In addition to their value menu, McDonalds is introducing food and drink items that could easily be purchased with the loose change found in pockets, hence its name. In a way, it is a charitable undertaking for those who are in a bind financially.

Nevertheless, the McDonalds Loose Change Menu ad campaign shows that some things will be missing out because of this new implementation. It focuses on neglected objects that thrive off of loose change such as arcade games and tower viewers. Conceived and executed by the DDB ad agency branch based in Sydney, Australia, the campaign will strike a cord in people's hearts.
3
Score
Popularity
Activity
Freshness
Attend Future Festival Virtual