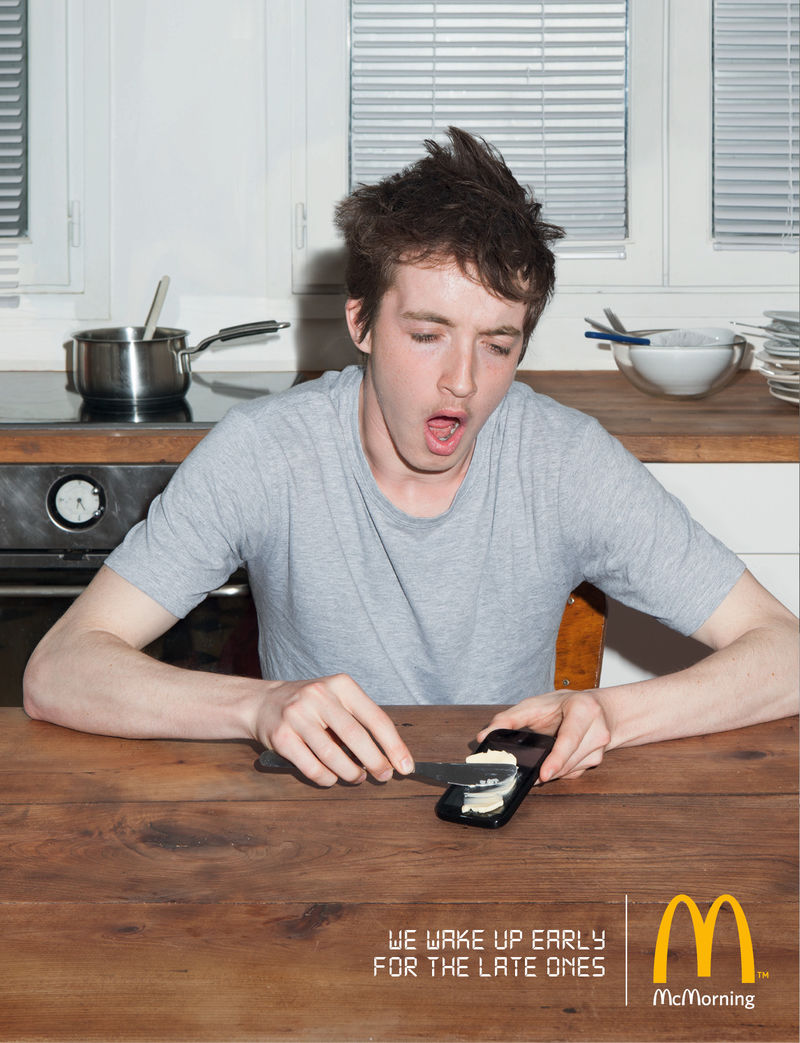 McDonalds Canada partnered with award-winning creative agency TBWA\Paris to create a brand campaign designed to remind people that the fast food giant is available in the AM. The ads are intended to empathize with those for whom rising early does not come naturally.

The campaign is comprised of three visual ads, each featuring disoriented, sleepy young people trying, unsuccessfully, to start their day. The first image features a yawning young man attempting to slather his smartphone with cream cheese. It is followed by an image of a girl attempting to juice her bra, and finally, rounded out by a shot of guy toasting his shoe. The accompanying tagline reads, "We Wake Up Early for the Late Ones." So, next time you have a "late one," treat yourself to a McMorning.
4.2
Score
Popularity
Activity
Freshness
Access Advisory Services