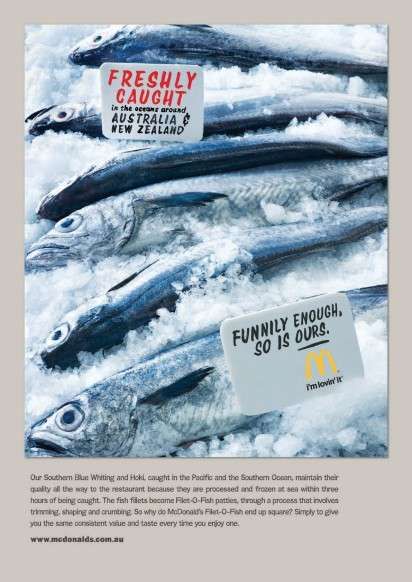 Meghan Young — September 26, 2012 — Lifestyle
References: ddb & ibelieveinadv
Share on Facebook Share on Twitter Share on LinkedIn Share on Pinterest
After getting repeatedly called out by health food critics such as Jamie Oliver and more, one fast food franchise has decided to take matters into its own hands, as the McDonald's Australia 2012 campaign shows. By focusing on the similarities between fresh food options and the ingredients used for McDonald's meals, it reveals that McDonald's isn't that different from the good stuff.

The McDonald's Australia 2012 campaign was conceived and executed by the DDB ad agency branch based in Sydney, Australia. Art directed by Daryl Corps with creative direction by Dylan Harrison and photography by Anson Smart, it essentially plays the common game, 'spot the difference.' The thing is, there is no noticeable difference in the produce being shown. McDonald's uses the same lettuce, eggs and tomatoes as other restaurants.
3.8
Score
Popularity
Activity
Freshness
Attend Future Festival