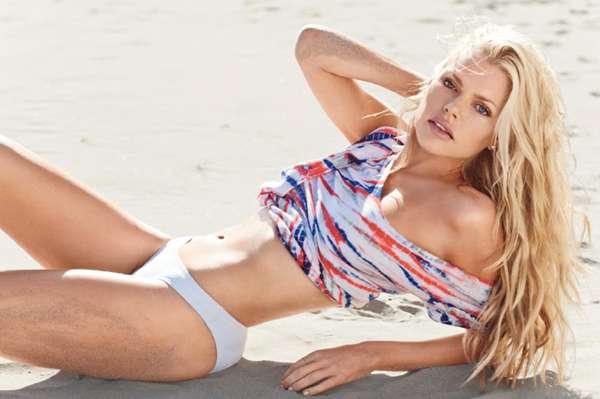 Katherine Vong — January 18, 2012 — Pop Culture
References: maxim.au & sassisamblog
If you don't live in Australia, you may not immediately recognize Sophie Monk, but this sexy blond babe is a triple threat in the land down under. She also knows how to rock a bathing suit, as you can see in this photo shoot for the MAXIM Australia February 2012 issue.

For the MAXIM Australia February 2012 edition, Monk, who is a pop singer, actress and model, appears in an editorial as well as on the cover of the publication. The shoot was captured by the MAXIM team in LA and showcases the blond beauty sporting several scintillating swimwear styles in an outdoor shoot. The accompanying editorial has Monk discussing her busy life, being stalked by the paparazzi, her favorite guilty pleasure (chocolate) and not being recognized in Los Angeles. I'm sure she'll be recognized now!
5.4
Score
Popularity
Activity
Freshness