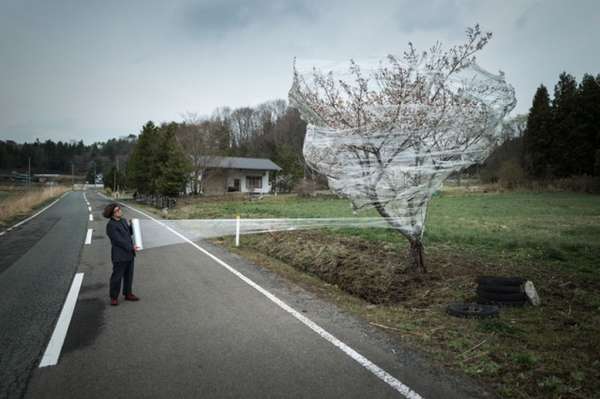 Meghan Young — August 28, 2013 — Fashion
References: carlosayesta.fr & fubiz.net
Share on Facebook Share on Twitter Share on LinkedIn Share on Pinterest
Being exposed to radioactivity won't result in superhuman powers but instead death and decay; the Mauvais Reves photo series, which means 'bad dreams' in French, shows the extent to which people must protect themselves from such radiation. Although exaggerated, the Mauvais Reves series takes cues from life in Fukushima, Japan, after the nuclear disaster that took place there in 2011.

Shot by photography duo Carlos Ayesta and Guillaume Bression, the Mauvais Reves photo series essentially captures the constant threat and fear of contamination. From living in a bubble, literally, to donning masks and wrapping everything in plastic, measures are extreme, if not a bit exaggerated, in the photoshoot. Yet the Mauvais Reves photo series visualizes the emotions running through the residents of the devastated city.
4.5
Score
Popularity
Activity
Freshness
Attend Future Festival Virtual