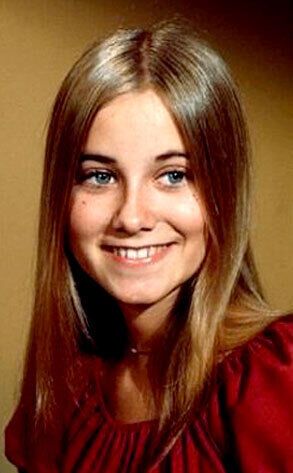 In a book due out tomorrow, Maureen McCormick will divulge the bitter details of her drug-fueled young life in a memoir titled ‘Here’s the Story: Surviving Marcia Brady and Finding My True Voice.’ Britney Spears is also set to release a similarly revealing documentary for MTV called ‘Britney: For The Record’ on November 30.

Such candid public admissions into these celebrities’ lives has fueled a lot of buzz. We’ve seen the worst of Britney Spears for the past few years; ‘Britney: For the Record’ will let the recovering popwreck reveal the more positive aspects of her life that the paparazzi either ignored or didn’t bother finding out. Conversely, Maureen McCormick’s tome will discuss her tumultuous drug-fueled sexcapades, stints in rehab and her battle with depression.

Maureen McCormick, now 52, has left her days of drugs and depression behind. It looks like Britney Spears has done the same. Both women were teen heartthrobs for boys in their respective generations. And both Britney Spears and Maureen McCormick each battled powerful addictions and intense personal chaos during their vulnerable teen years and young adulthood.

With the releases of ‘Here’s the Story: Surviving Marcia Brady and Finding My True Voice’ and ‘Britney: For The Record,’ here’s hoping both of these women can heal from their troubled past for good.
2.5
Score
Popularity
Activity
Freshness
View Innovation Webinars