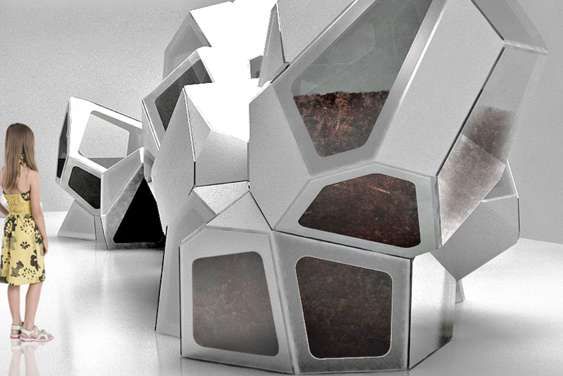 Materia Vulgaris Brings Respect for the Earth to the Foreground

Amelia Roblin — June 21, 2012 — Eco
References: suckerpunchdaily
Share on Facebook Share on Twitter Share on LinkedIn Share on Pinterest
A team of designers has come together to produce a project entitled Materia Vulgaris as advice about the way that people should appreciate matter around them. Madalin Gheorghe, Andrei Raducanu and Andrei Ivanescu aimed to explore the meaning behind the phrase "common ground" in a way that digs deeper than most tend to look.

They explain that this concept of shared space in architecture is often considered more in the light of situation and function rather than the physical materiality of the site's surrounds. So here, an attempt was made to celebrate the nature of the substance that holds all of life together.