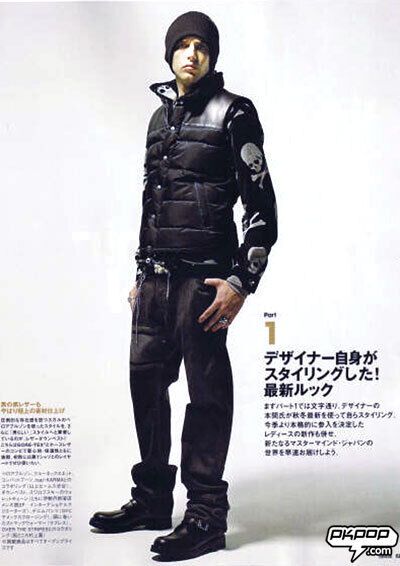 Tao — November 10, 2008 — Luxury
References: mastermindjapan
Share on Facebook Share on Twitter Share on LinkedIn Share on Pinterest
Mastermind Japan is a brand of Japanese clothing that shares very little about itself to the world. Mastermind Japan was founded in 1997 by clothing designer Masaaki Honma. Keeping a low profile has helped to push the prices by creating mystery behind the label along with allowing the designs to speak for themselves. Mastermind Japan is best described as a punk-inspired label, or in other words, alternative.

While the label hosts mostly men’s apparel, there are a few products available for women as well. The type of clothes and products Mastermind Japan offers changes from time-to-time, but generally, the apparel includes shirts, jackets, shoes, beanies, vests, along with a limited amount of pants. Currently, the label has done best in the markets of Japan and France.

"I will do this for five more years, then quit," says Honma. He feels that in that time he will be able to establish himself in the fashion world as a top leader in fashion, ranking among Karl Lagerfeld and Tom Ford. It's actually not uncommon to see someone like Lagerfeld wearing Honma’s stuff, not only that, but you must be 'somebody' if Time Magazine writes a feature about you.
6.3
Score
Popularity
Activity
Freshness
Get Trend Hunter Dashboard

Credit Crunch Punks
‘Children of The Revolution' in FutureClaw