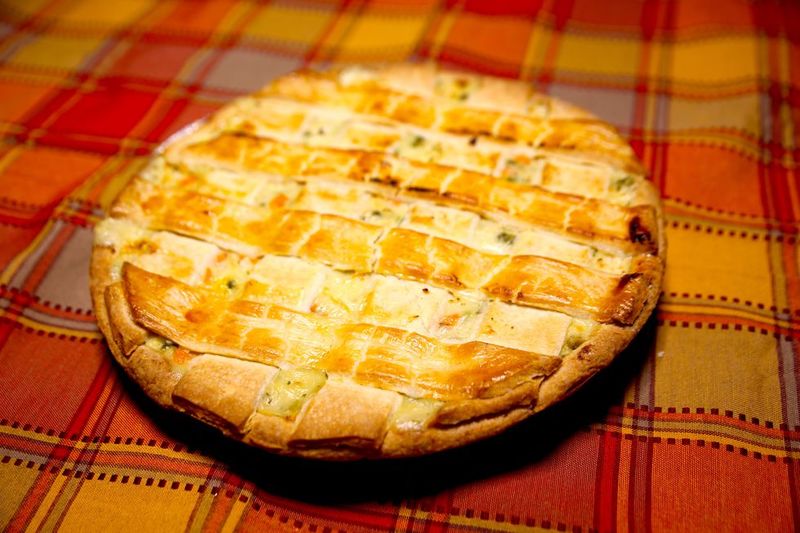 Sam Club's massive chicken pot pie is a seasonal dish sold under the chain's Member's Mark brand. The pie itself is a foot wide and weighs nearly five pounds, with a flaky pastry crust covering the outside. The inside is then filled with veggies and a rich cream sauce that is perfect for cooler days.

Though Sam's Club claims that the pie serves six, there's sure to be enough for second helpings, making it a making it a much more economical option than other store-bought pies. Better yet, you can snag one of these hefty pies for just $14.98 on September 23rd, in honor of National Great American Pot Pie Day