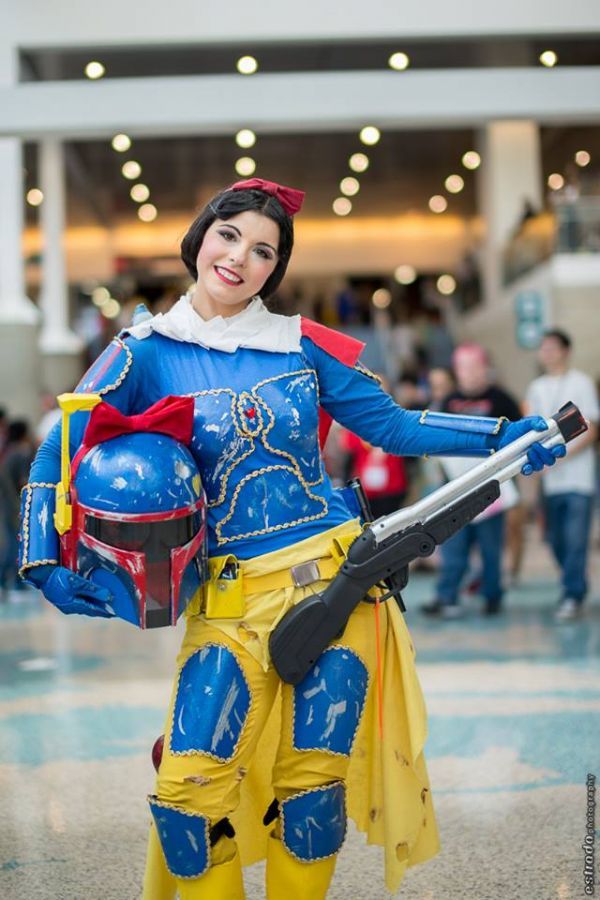 Meghan Young — July 21, 2014 — Fashion
References: facebook & neatorama
Spotting a Snow White/Boba Fett character at this year's Comic Con in San Diego will probably satisfy more than a few people's desire to see some great mashup cosplay costumes. The blending of Disney and Star Wars is more than appropriate as well since LucasFilms was acquired by Walt Disney earlier last year. Granted, no one could have expected such a great tribute in the form of mashup cosplay costumes.

Created by Amber Arden, one of the most badass mashup cosplay costumes comes complete with a helmet topped with a bow and a classic blue, yellow and red colorway. Dubbed "the fairest bounty hunter in the land" by Neatorama, this Snow White takes more after Kristen Stewart's live-action interpretation than the original cartoon, that's for sure.
6
Score
Popularity
Activity
Freshness