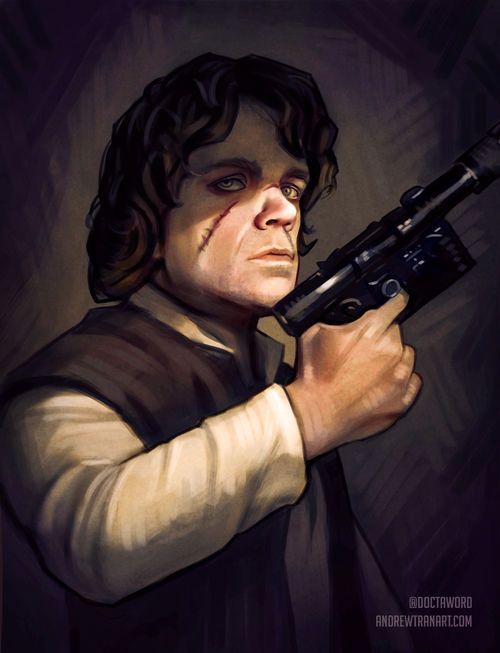 Hayley McGlone — July 12, 2016 — Pop Culture
References: nerdist & io9.gizmodo
Share on Facebook Share on Twitter Share on LinkedIn Share on Pinterest
Illustrator Andrew Tran has brought together two of the biggest internet fandoms, Game of Thrones and Star Wars, in mashup art form. The series of photos, known as 'Game of Star Wars,' features Game of Thrones characters in the Star Wars universe. Rather than Daenerys Targaryen as the Mother of Dragons, here she is the Mother of Rancors, and Arya Stark is transformed into a Jedi apprentice.

Tran's mash-up has the Game of Thrones characters featured re-imaged as either Sith, Jedi or smuggler. Tran's attention to detail makes the images so captivating, such as Arya's saber being reflective of her sword Needle. Likewise, Jaime Lannister holds his saber in a robotic hand, which is probably more useful than the prosthetic he actually has. Tran also draws his own parallels between the two franchises in his mashup with the Night King being transformed into Darth Maul and Tyrion Lannister into Han Solo.
3.7
Score
Popularity
Activity
Freshness
Access Advisory Services