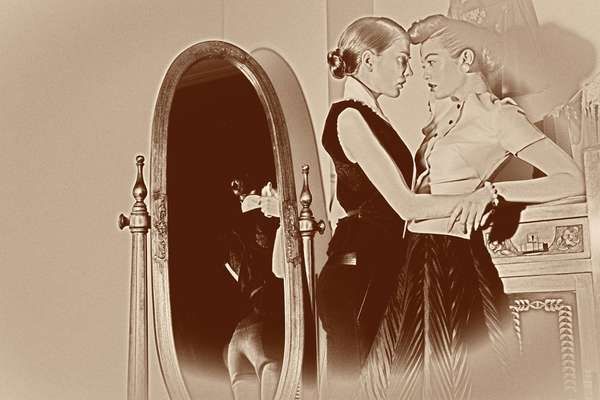 Meghan Young — December 16, 2011 — Fashion
References: akissparaskevopoulos & fashionising
Share on Facebook Share on Twitter Share on LinkedIn Share on Pinterest
The photo series titled Masculin – Feminin by Akiss Paraskevopoulos isn’t the first one to center around a gender-bending, sapphic theme, but it is one of the first fashion photo shoots inspired by the style of vintage Western photography. Forgoing the time-tested black and white shots for shades of brown instead, this photo shoot is incredibly unique. Nevertheless, it does still allude to the nostalgia many artists currently hold for the past.

Masculin – Feminin by Akiss Paraskevopoulos stars models Katerina Smit and Olya Gribova. It takes place in an intimate boudoir surrounded by lingerie and other pretty things, although the models remain fully clothed. The fashion itself has a Western appeal as well, though in a modern manner that is much more risque.
4.9
Score
Popularity
Activity
Freshness
View Innovation Webinars