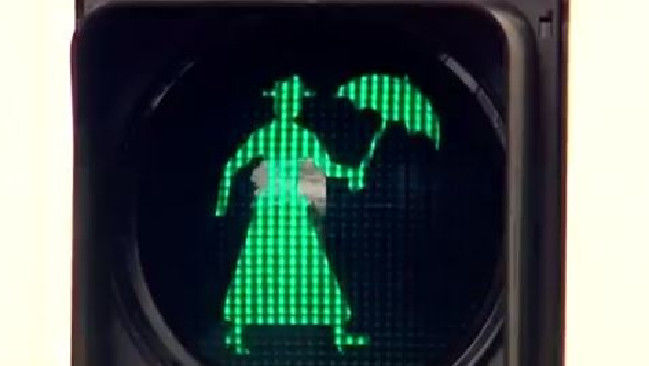 Ellen Smith — June 20, 2017 — Marketing
References: couriermail.au & mashable
Share on Facebook Share on Twitter Share on LinkedIn Share on Pinterest
These Mary Poppins traffic lights are keeping the citizens of Maryborough, Australia both safe, and entertained. The city, which is the birthplace of the author behind Mary Poppins, P.L. Travers, also hosts an annual celebratory Mary Poppins festival, to honor the writer.

The traffic lights feature the memorable character with her iconic umbrella. When the lights are red, the umbrella is down, and when its safe to walk, the umbrella points upwards, indicating that its time to fly. This traffic installment makes the city an even quirkier and more magical place to visit -- an example of outside-of-the-box urban planning that adds value to the city while also paying homage to its culture and history. Ultimately, the Mary Poppins traffic lights add significant tourism value to the city.
5
Score
Popularity
Activity
Freshness
View Innovation Webinars