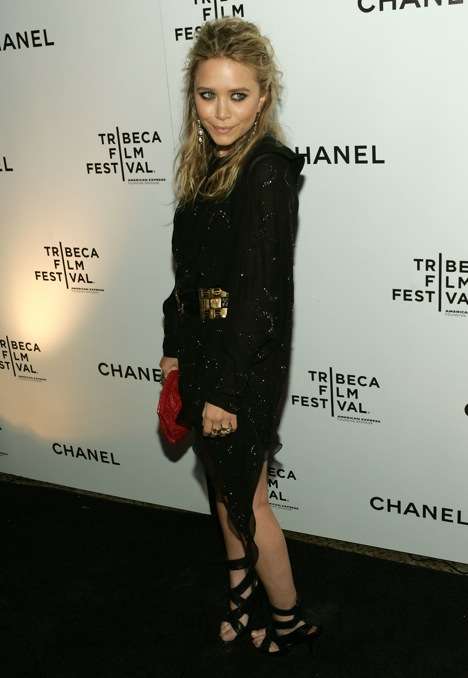 Marissa Brassfield — April 26, 2009 — Fashion
References: celebsimage
Mary-Kate Olsen is on the jury for the Tribeca Film Festival, and the diminutive mogul arrived for the Chanel and Tribeca Film Festival Artist's Dinner in a gothic ensemble that Morticia Addams and Elvira would certainly have approved of.

Mary-Kate Olsen is no stranger to wearing black. The final five images show other times where Mary-Kate has been captured wearing goth-inspired black ensembles.

Implications - Gothic style has stood the test of time, and remains, to this day, a dominant influence in fashion. The dark literature and grim imagery is influential for designers who have decided to put their own creative spin on the theme. The recent popularity of vampire films has consumers embracing Goth more than ever, which has allowed brands to come up with even more designs fit for the present.
4.2
Score
Popularity
Activity
Freshness