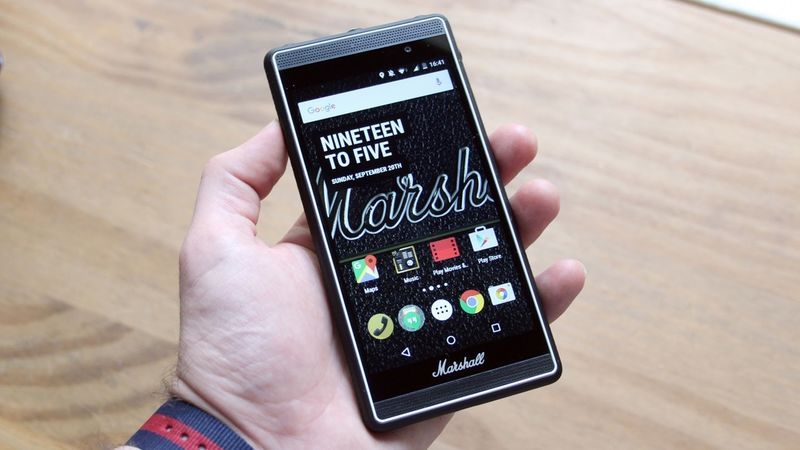 Rahul Kalvapalle — October 7, 2015 — Tech
References: marshallheadphones & gizmag
Share on Facebook Share on Twitter Share on LinkedIn Share on Pinterest
The Marshall London is a smartphone that is different from the rest in that it doesn't actually have the best features when you talk about typical smartphone features. However, this is no typical smartphone -- this is a smartphone designed specifically for the musician. With a whole array of musician-friendly features such as high-definition recording and playback ability, dual headphone ports and more, this is one smartphone that any musician will salivate over.

Marshall has a long tradition of creating exceptional musical technology, and it carries on that tradition with this phone. The phone has a beautiful appearance, featuring a textured back cover and a gold accented button and volume dial, all of which mimic the styling on Marshall's iconic amplifiers.

Ultimately, the Marshall London is designed for a niche user in mind. Anyone who's ever picked up an electric guitar or bass positively reveres the Marshall brand, and this reverence is now being refocused towards the company's smartphone offering.