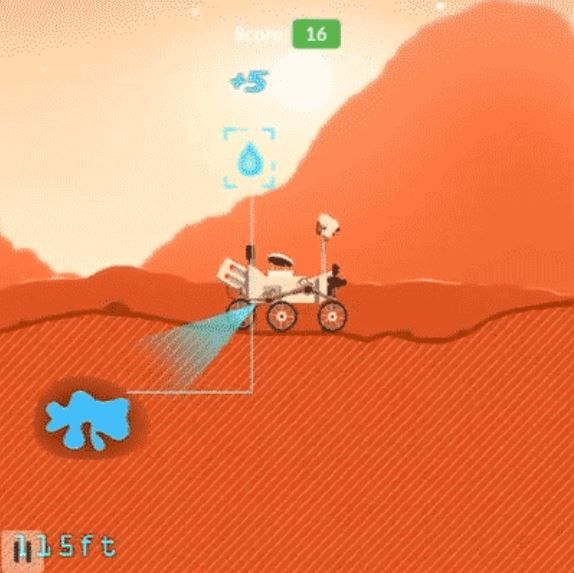 'Mars Rover' is a Cute Simulation of the Curiosity Rover's Mission

Joey Haar — August 9, 2016 — Tech
References: mars.nasa.gov & gizmodo
Share on Facebook Share on Twitter Share on LinkedIn Share on Pinterest
Leave it to NASA to create the Mars Rover game, a browser and phone game that's simultaneously adorable, educational, and addictive. Released in honor of the fourth anniversary of the Curiosity rover's ongoing Mars mission, the game is a side-scroller that lets players drive along the surface of the Red Planet and learn about its environment.

The object of the Mars Rover game is to guide the rover across the planet and search for water, just like Curiosity's mission in real-life. Players get points for distance traveled and amount of water found.

While the game gives text lessons on the Curiosity rover, the similarities between the Mars Rover game and the actual rover are slim. The Curiosity rover moves at about 2 inches per second, far slower than in the game, and the real Curiosity rover cannot respond to operators' direction in real time because Mars is to too far away.
2.8
Score
Popularity
Activity
Freshness
Attend Future Festival