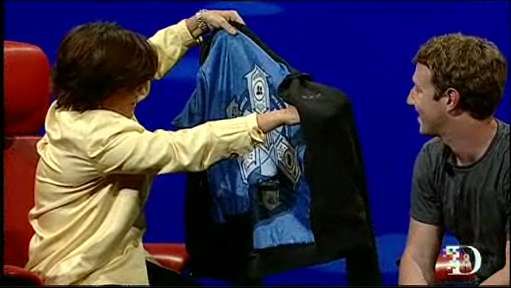 Using photos from the D8 conference, Audrey Fukuman from SF Weekly was able to create a mock-up of the logo, which appears above. The mission statement seal is said to represent Facebook's 2010 strategy.

Implications - The three arrow labels, GRAPH, STEAM and PLATFORM, are represented by the three central Facebook functions; friend requests, messages and notifications. These icons lie at the center of Facebook's 2010 strategy which was revealed at the F8 conference. The use of this cryptic code is consistent with Zuckerberg's strange and intriguing public persona.
4
Score
Popularity
Activity
Freshness
Attend Future Festival