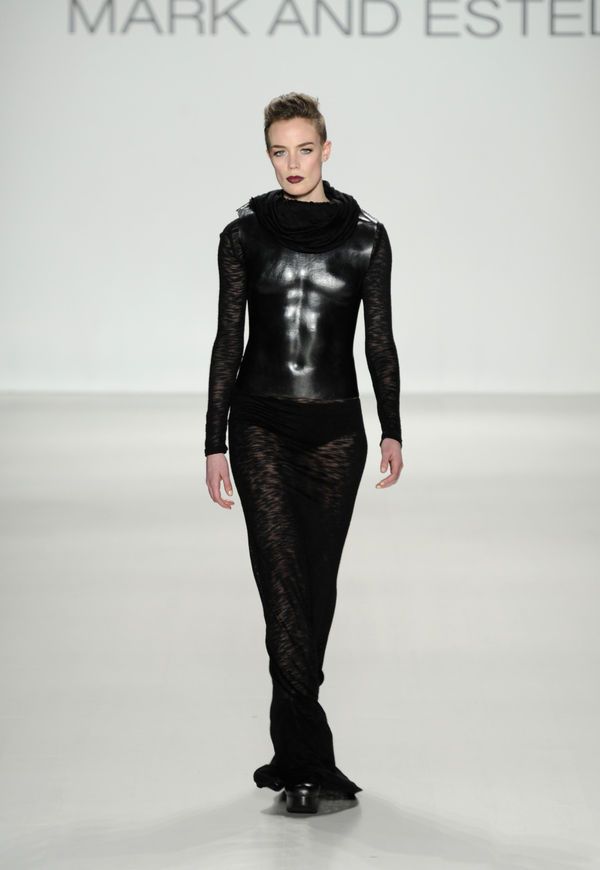 The Mark and Estel Fall 2014 Fashions Play with Masculine Elements

Laura McQuarrie — February 8, 2014 — Fashion
References: markandestel.us & globalgrind
Share on Facebook Share on Twitter Share on LinkedIn Share on Pinterest
While Mark and Estel’s Spring/Summer 2014 collection centered around the “New World,” the Mark and Estel Fall 2014 collection takes a step back into the “Old World.” The looks blend masculine elements into the womenswear garments, which can be seen in militaristic detailing on coat dresses and on one really interesting torso plate that featured a leather-like set of abs.

A second leathery torso piece popped up later in the runway show, this time extending up and over the model’s shoulders, creating a wing-like effect. However, masculinity didn’t totally dominate the show — gaps in between hemlines revealed peeks of skin and tipped over hats created a mysteriously feminine allure. One model bore a striking resemblance to Carmen Sandiego, with her wide-brimmed hat and signature red, adding to the mystery of it all.
6.6
Score
Popularity
Activity
Freshness
Get Better and Faster