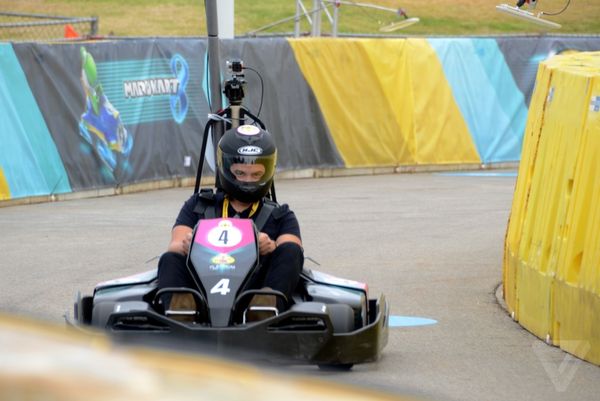 Meghan Young — March 11, 2014 — Autos
References: nintendo & theverge
Attempting to capture the reckless abandon of video games in real life is never the same and Mario Karting Reimagined is a testament to that. Although fun, there are no catapulting turtle shells or speed-enhancing arrows. Instead, there are RFID stickers that replace such fun and potentially destructive elements. They are scanned as a driver runs over them and is counted against or for the driver throughout the race.

A collaborative event between "Pennzoil and Nintendo to promote motor oil and video games at the increasingly corporatized SXSW," writes The Verge, Mario Karting Reimagined uses augmented reality to flesh out the details of the 'game.' Yet observers are treated to more of a video game feel than the drivers themselves.
4.5
Score
Popularity
Activity
Freshness

Soapy Gamer Cartridges
These Soaps Will Take You Way Back