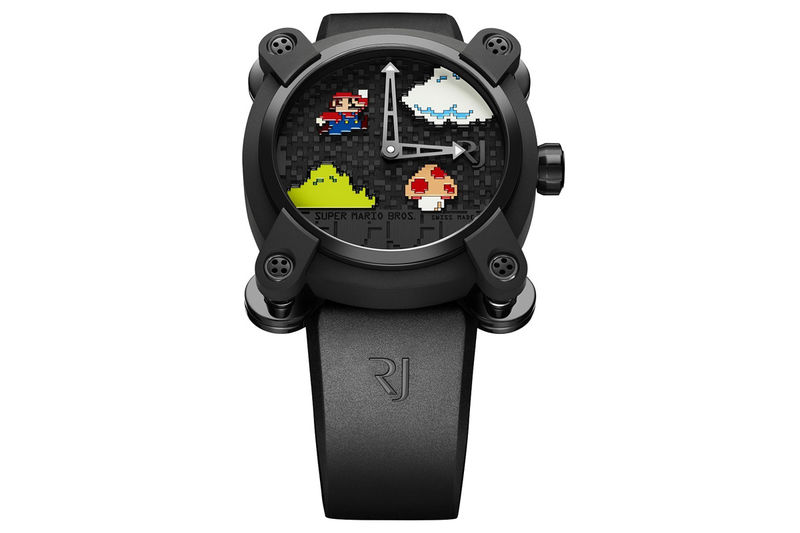 Misel Saban — November 29, 2015 — Fashion
References: ablogtowatch & engadget
In light of the 30th anniversary of the Super Mario Bros Nintendo game, luxe timepiece designer Romain Jerome put together a limited edition watch that celebrates the 8-bit game in opulent style. The watch features designs inspired by the retro graphics and characters with a price tag that comes in at just under $20,000.

The Super Mario Bros is one of the most popular pixelated video games on the market, and continues to be thanks to its timeless appeal. Jerome's timepiece design honors this timelessness with a watch made from the most luxurious materials including a dapper black titanium wrist band, 46-mm case, three dials and a detailed design of Mario leaping in the air. The graphics are done in the same 8-bit style the game is so well-known for.
4.2
Score
Popularity
Activity
Freshness