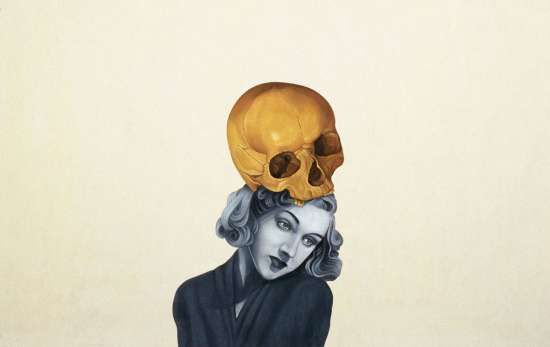 Marina Nunez Illustrates Women with Craniums on Top of Their Heads

In this four picture series, Marina Nunez has beautifully rendered realistic European women in black and white, with yellow-colored craniums sitting on their hair. The skulls all appear to be larger in size than each lady’s head, possibly alluding to them formerly belonging to males. The images certainly are enigmatic, as Nunez leaves large blank spaces to accompany each portrait, while the significance of the skeletal heads and each female figure are never revealed to viewers.

Though the meaning may be obscure, the technique that went into painting each picture is simply remarkable.
4.1
Score
Popularity
Activity
Freshness
View Innovation Webinars