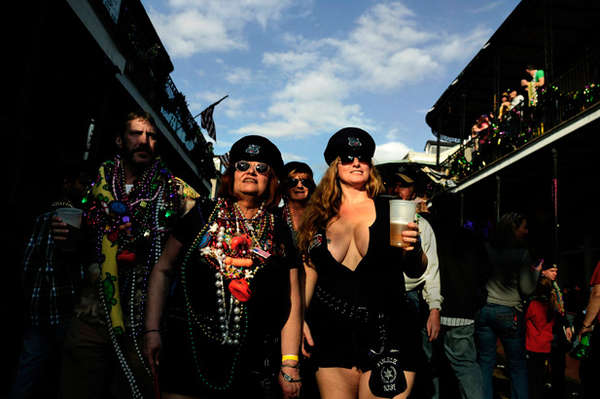 Meghan Young — February 27, 2013 — Fashion
References: bettinahansen & lifelounge.au
For those who want to see what really happens during one of the biggest carnival celebrations in the world, or perhaps simply relive the event itself, the photo series titled Mardis Gras by Bettina Hansen has people covered. The Arizona-born, Seattle-based photographer was recently on hand at the festivities this year to capture participants in all of their uninhibited glory.

Nevertheless, as Lifelounge astutely points out, Mardis Gras by Bettina Hansen captures "not only the fleshy bead collecting partying on the Bourbon Street side of the festivities, but also the more traditional and deeper rooted side of the world renowned celebrations." From drinking to revelling, the photo series depicts people letting loose on the day before Ash Wednesday. No wonder there appears to be no holds barred.
4.7
Score
Popularity
Activity
Freshness