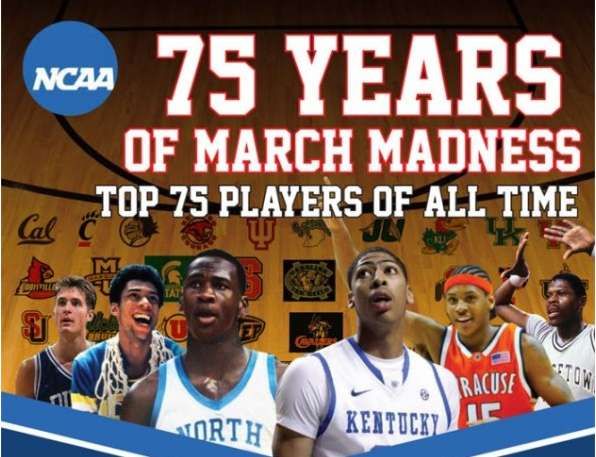 This Infographic Picks the Top 75 March Madness Players Ever

If you’re not familiar with March Madness, it’s the NCAA college basketball tournament that happens every March. What makes it great to watch is the level of basketball is high, but the players and teams aren’t quite as consistent as the NBA therefore upsets are much more likely. The tournament is always full of upsets and Cinderella stories.

This infographic gives a long list of some of the most dominating players to every play in the tournament including: Anthony Davis, Carmelo Anthony, Antwan Jamison, Shane Battier, Kenny Anderson and David Robinson.

Since many of the players that enter this tournament are of the highest caliber in the country, some of the players on this list went on to be great NBA players as well.

Infographic-Analyzing Charts
The State of Infographics Explains its Appeal