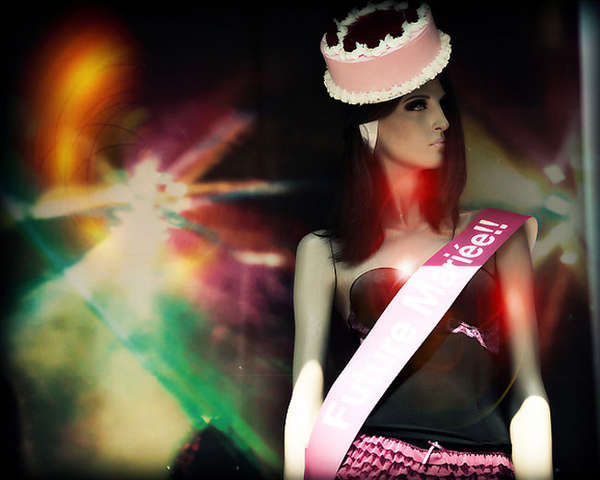 These Mannequin Photos Reveal the Charmed Lives of Storefront Dummies

While walking down the street one day, MacNeil realized that mannequins have way better lives than people do. No longer are they headless and inhuman; they have heads with gorgeous curls of hair that are much more luscious than any human could produce. Their bodies look much better than the average human's, and they get to sit in scenarios wherein they party, drink, and glow under the admiring glances of thousands of pedestrians every day.

In his series, 'Mannequin Party,' MacNeil captured this carefree aspect of a mannequin's inanimate lifestyle, resulting in some eerie, but near-human photos that will probably get you thinking about the creepy, humanoid qualities of the mannequins we walk past every single day.
0.4
Score
Popularity
Activity
Freshness
Get Better and Faster