Robots That Mimic Your Facial Expressions 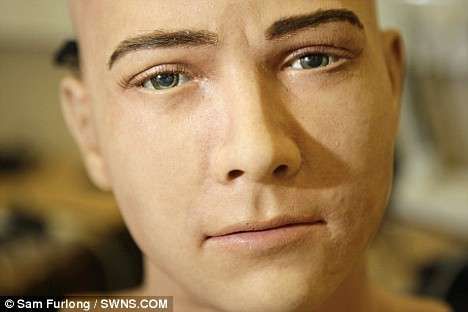 Let me introduce you to Jules the Mandroid.

The humanoid robot has been developed to allow robots to have what is apparently crucial for robot interaction.

"If you want people to be able to interact with machines, then you’ve got to be able to do it naturally," says Chris Melhuish. "When it moves, it has to look natural in the same way that human expressions are, to make interaction useful."

The disembodied head of Jules (that alone seems a little off) displays different facial movements after being picked up by a video camera and mapped onto the tiny electronic motors in Jules’ skin.

His expressions range from grins and grimaces to furrows of the brows (these robots wouldn't respond too well with the overly-botoxed.)

While Copycat robot heads are nothing new, this is the first with a realistic, human-looking face. Not everyone believes that's a good thing; it seems some people are disconcerted by humanoid automatons that simply look ‘too human’. Some also worry that vulnerable people, like children or the elderly, may mistake Jules for an actual human.
2.6
Score
Popularity
Activity
Freshness
Attend Future Festival