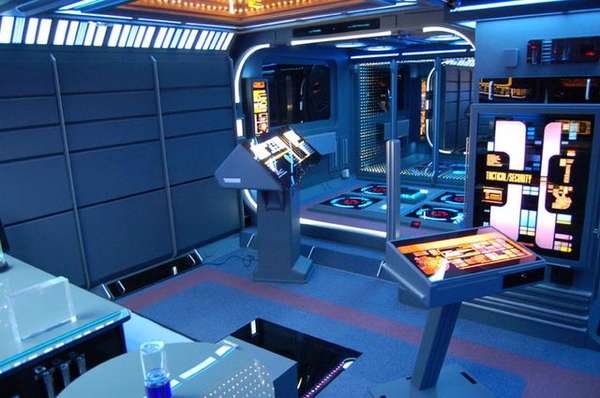 Andrew Sztein — April 24, 2013 — Art & Design
References: io9 & laughingsquid
Before you ask, no, the images in this gallery are not pictures of a set from the upcoming Star Trek movie but rather from the incredibly geeky father of all man caves.

I've seen some pretty impressive man caves in my time, but this Star Trek apartment is almost literally in another galaxy. The Star Trek apartment was designed by Tony Alleyne, who proclaims himself the world's first "24th century interior designer."

Unfortunately for Alleyne and for man caves everywhere, the $150,000 creation will be no more as his divorce and subsequent payments have forced Alleyne to dismantle and sell off what he calls his life's work. Like the brightest stars, this man cave burned all the brighter due to its brevity.
6.4
Score
Popularity
Activity
Freshness