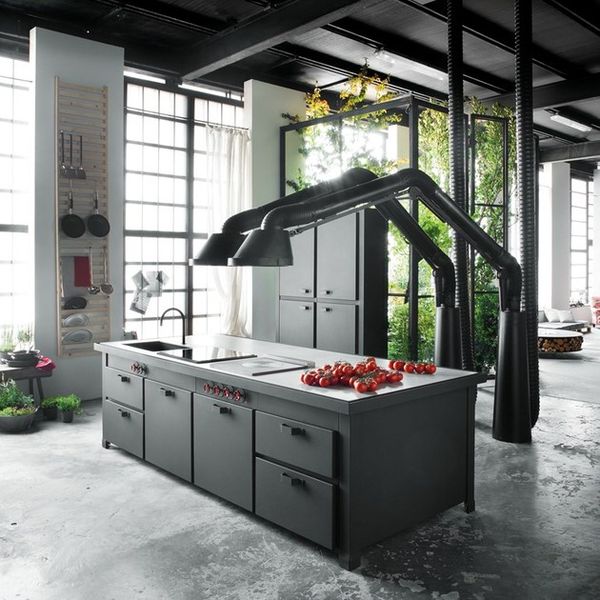 The Mammut Hood has a Menacing Futuristic Appeal

Meghan Young — October 1, 2013 — Art & Design
References: minacciolo & trendir
The Mammut Hood looks like it has been made out of repurposed robotic arms straight out of the latest futuristic video game or movie. Instead of blending as much into the scene as possible, the Mammut Hood has a strong menacing presence that is also quite industrial. This is due in large part to the use of certain details including a red valve, pipe-like components and more.

Designed by Minacciolo, the Mammut Hood was created for Mina Kitchen. Although the schematics behind its creation could easily be chocked up solely to looks, the arms are quite functional. The Mammut Hood is capable of rotating 360 degrees depending on where it is needed, thus it doesn't need to stay fixed above the stove. Available in wall-mounted and ceiling-mounted styles, it also comes in a smaller version.
3.3
Score
Popularity
Activity
Freshness