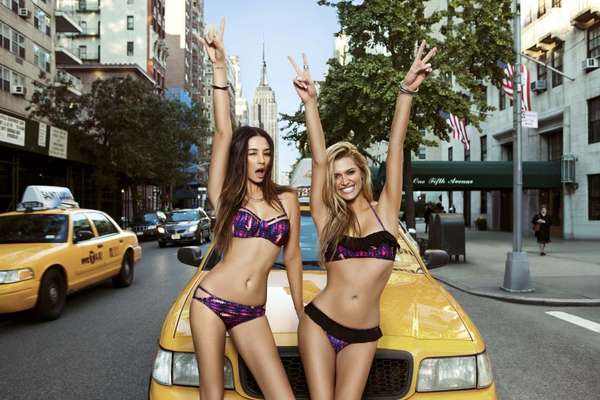 Photographed by Nick Leary, the Mambo Summer 2012 Goddess campaign features models Jessica Gomes and Cheyenne Tozzi, who pose on the streets of New York City in bathing suits from Mambo's summer line. The swimsuits are fun and playful, featuring vibrant and colorful prints and patterns. The pretty pair and the shoot's casual styling definitely bring a fresh attitude to the streets of the Big Apple.

Gomes expressed how excited she is to be part of one of Australia's major surf apparel brands, saying "...I thought this was perfect for me being an iconic Australian surf brand as it’s something home grown that I can take to where I’ve had a lot of success."
4.7
Score
Popularity
Activity
Freshness
Get Trend Hunter Dashboard