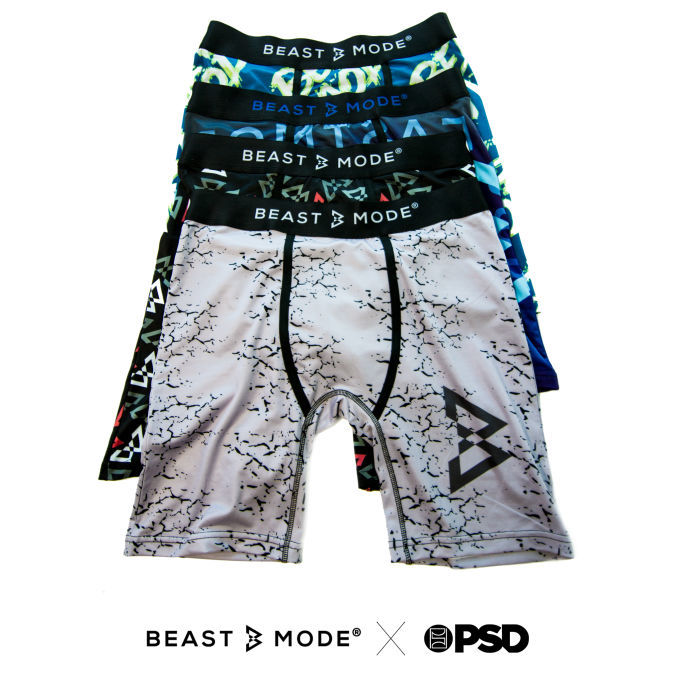 Cadhla Gray — September 21, 2015 — Fashion
References: psdunderwear & caplex
Share on Facebook Share on Twitter Share on LinkedIn Share on Pinterest
This line of male boxer briefs was designed by football running back Marshawn Lynch. The bright designs all sport the athlete's nickname "Beast Mode," graffitied across the underwear. The phrase 'Beast Mode' refers to the player's aggressive running, breaking tackles and dodging of defenders.

Similar to Nike's "Just Do It" branding, the briefs' designs play to a man's ego, hyping the wearer up and encouraging a sense of aggression, domination and success. There are various versions -- one that stands out being a green striped football field that includes the multiple yard lines. Distributed by underwear company PSD, the briefs also have a black elastic band with the bold phrase.

Using his own personal branding to brand these collaboration male boxer briefs, Marshawn Lynch is able to promote himself as an athlete while selling pairs of underwear.
2.2
Score
Popularity
Activity
Freshness
Access Advisory Services