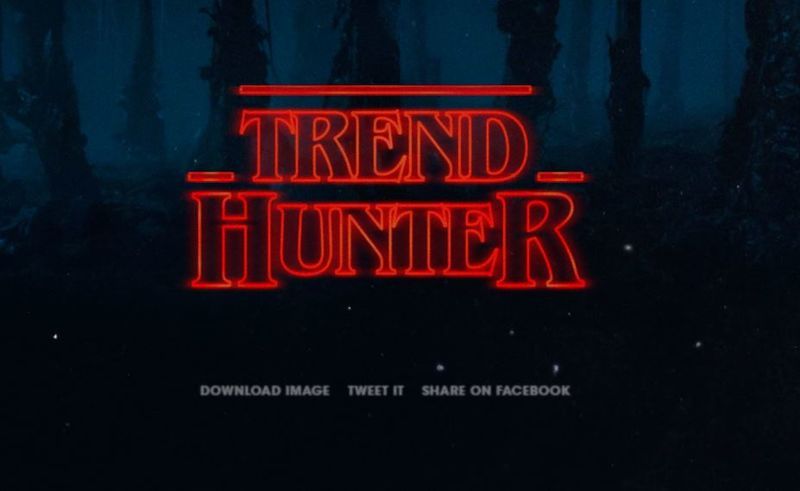 Joey Haar — August 17, 2016 — Pop Culture
References: makeitstranger & boingboing.net
Share on Facebook Share on Twitter Share on LinkedIn Share on Pinterest
MakeItStranger.com is a fun, fan-created typography-maker from the people at Nelson Cash, a US graphic design firm. The tool's function is simple, yet addictive: it lets users create images based on the title font from the hugely popular Netflix series, Stranger Things. Users simply input any two words, and the MakeItStranger.com interface automatically generates them in the font of the show's title sequence.

According to the Nelson Cash blog, it's no coincidence that the Stranger Things font is so appealing. For one, the typography hearkens back to the fonts that were often used in Stephen King novels from the 80s (appropriate when considering that the show is a veritable 80s nostalgia-fest.) Second, the typeface combines two distinct styles from the history of typography (Benguiat and Avant Garde) in a unique and unsettling way.
6.1
Score
Popularity
Activity
Freshness
View Innovation Webinars